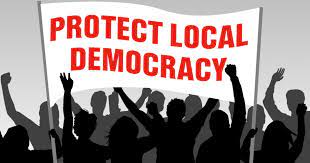 The field of tension in our local democracy

– Urban development in Hønefoss is about creating values ​​that mean something to the inhabitants. Values ​​that the city does not yet have, but it is also important to take care of the values ​​that already characterize it.

Let us make an analysis of power, interaction and competition between politics, economics and culture with the press (Ringerikes Blad) as society’s watchdog.

This can tell us something about the field of tension in local democracy in Ringerike related to ongoing urban development in Hønefoss.

We are facing a management system that will serve all parties, but the system all too often gives politics and economics an advantage over culture. An advantage that makes it difficult for culture to appear as a power factor with real influence without mobilization of the inhabitants (culture) and help from the press.

The participation of the inhabitants in the planning of the community is a right that is guaranteed in the Planning and Building Act .

The Planning and Building Act refers to the principle – that the inhabitants must be ensured participation. However, no restrictions have been set on the citizens’ form of participation or what influence the participation may result in.

Who or what controls urban development? | Ole-Gunnar Øhren

In the municipality, it will be relevant to think new when it comes to the citizens’ participation in the development of society. Here, it is up to the municipal council itself to decide what is the practice in the individual municipality.

People are free to say what they want in a case that concerns them, but let’s avoid a hearing being affected by situational noise or pressure. Group dynamics should not be allowed to override one’s own reason and the development of independent opinions.

The quality of a consultation presupposes that the inhabitants have relevant, sufficient, and reliable information about what the project entails.

What values ​​can the project represent for the city and the people who live here? But also what negative consequences the project may have.

In a democratically representative system of government, politicians can not help but listen to what the citizens think. Culture is about people and what they create, experience, and convey. The municipality should be concerned with facilitating a system where it frees up and utilizes human resources in a far better way than it does today.

Lays the foundation for the start-up

The start-up meeting lays the foundation for what will happen before the project can be implemented and the premises for the implementation of the project. Citizens will only have opportunities for real influence on a case if they are represented from the start of a project.

This can be done by the developer inviting a representative from the press to participate in the start-up meeting.

Furthermore, the municipal council adopts its own regulations that the administration must follow in connection with “housing, urban and urban development” which safeguards and secures culture’s interests from the start.

A consultation can provide an insight into what cultural values ​​the inhabitants want to characterize their city. Culture should then be able to appear as the strongest justification for politics when they are to decide what is to happen.

The task of politics is to steer development. Through political regulation of the economy, what is described as democratic capitalism arises .

Democratic capitalism is expressed when investors and developers agree to finance the necessary infrastructure in the development area before they can implement their own project. They accept that the municipal council adopts the order regulations associated with the project, which must be resolved first.

Can easily overlook the human

But in a market liberal system, economics can easily overlook the human side (culture) without serious consequences.

If we are facing politicians who are already bound by democratic capitalism , there is little we can do about them before the next election.

The process in a project starts with a start-up meeting. Here, professionals from the municipality and the developer participate. Politicians have no place in this meeting. Based on what is agreed and recorded, the citizens are informed that the work on the proposed zoning plan will begin. Citizens are invited to give their views on matters related to the proposal the developer makes.

Can send the proposal in return

What happens to the case after this depends on what the politicians decide. The municipal council can choose to send the proposal back to the developer for further clarification or to put it out for consultation.

The development of society, our community, should serve us all and be governed by politics. Then it may be relevant to raise the role and opinions of the citizens as a basis for politicians’ assessments and conclusions. The influence of culture depends on politics prioritizing the values ​​that culture represents. Politics cannot be based solely on economics as a foundation for urban development.

Ringerikes Blad (RB)’s task is to inform the inhabitants about what is going to happen before it happens. Disseminate knowledge and show how citizens can participate if they want to have some influence on what is to happen.

For me, it is unclear what role RB wants to have as a knowledge communicator. It is demanding to continuously dig up information and inform the inhabitants about what they should have insight into. As I experience it, RB generally scores highly on informing and commenting on everything that happens or will happen in Ringerike, Hole and Jevnaker.

However, we can ask questions about what ambitions RB has when it comes to functioning as a watchdog and monitoring the use of force in our local community.

RB uses consent, and critical investigative journalism is not part of the newspaper’s daily method. This means that RB rarely sets the agenda.

The journalists make creative stories about people and events related to people, sports, culture and business in our region that RB is good at.

But more stories can be on the verge of propaganda, marketing and advertising. Journalism characterized by analysis, perspectives and holistic assessments is not particularly prominent.

It seems to me that the editor chooses to meet the financial goals set by Amedia rather than prioritizing the local journalistic challenges.

This makes it difficult for RB to act as a watchdog when the editor expresses that ” journalism is our business idea”. Here she appears as the old woman against the current when it comes to some of the other editors of local newspapers owned by Amedia.

RB’s task related to stimulating and communicating the citizens’ opinions is today solved in a good way through the daily opinion column in the newspaper. Here the newspaper captures the opinions of the inhabitants, but it should not stop there. A number of posts can be followed up editorially. Then not with comments on what others have meant, but comments that can strengthen readers’ insight, knowledge and analysis of the case.

Alternatively, if one is to comment on the opinions of others, it must be to bring out what the real differences of opinion in a case are. Weigh the opinions against another and draw your own editorial conclusions.

It is desirable that RB presents its own opinions and positions based on facts. It happens, but often in kind and harmless forms.

Urban development is not primarily about industrial development of housing or increased productivity as a basis for economic growth. The central values ​​in urban development are linked to the people and the life they live in their city. The home as a home, the framework for upbringing and living environment for family and each and every one of us.

The city as the place for education, work and leisure, with infrastructure that stimulates human interaction, well-being and development. A society where information, knowledge and communication are the dominant driving force in development. People’s will (culture) is the basis of public administration and politics.

Market freedoms (economy) do not give developers rights that can be equated with or set at the same level as human rights. It should lead to a crucial political recognition that economic considerations can not trump human rights.

People are not useful idiots for economics and politics. They are free and independent individuals and society’s most important renewable resource.

What this should entail in connection with the development of society in the individual municipality is a common challenge for politics, the economy, culture and the press.

Budget Coach: What is it and How can it Help you? 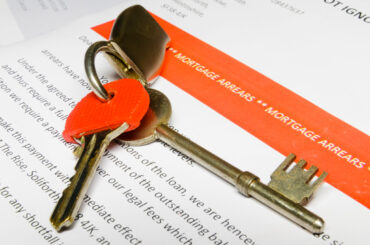 Not Able to Pay Mortgage: How To Deal With Mortgage Arrears 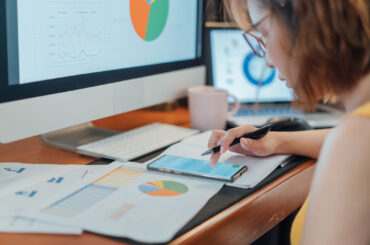 Using Business Loan Brokers – Is It Worth It? 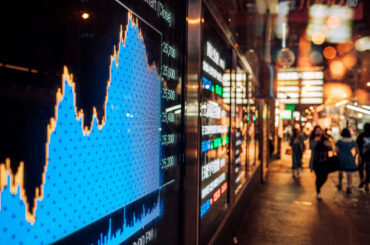 Top 5 Financial Markets in the World